Beanstalk is proud to be associated with the Royal Manchester Childrens Hospital Charity for the last 5 years.

Our Managing Director Sheldon Bean and his close friend Nigel Woolfstein of Wood & Woolfstein Dental Practice have run three major events which has raised a total of £160,000 for great causes for the hospital. 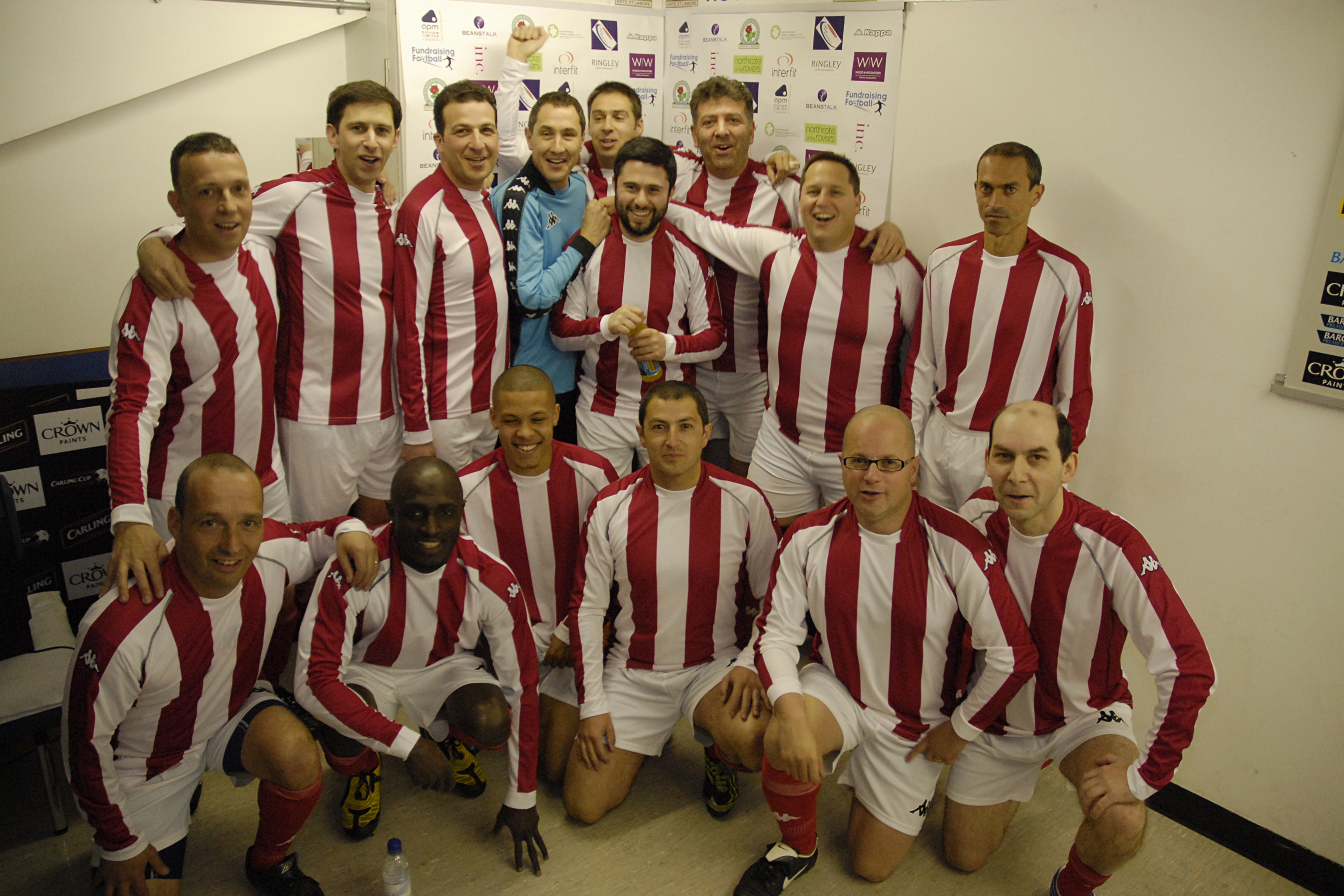 North West businessmen are being offered a unique opportunity to fulfil school boy fantasies of playing at a premiership ground by taking part in a charity football tournament on the main pitch of Manchester City`s Etihad Stadium.

Participants will be offered the full soccer star experience – from getting changed in the players` dressing room and being photographed, to walking down the famous tunnel and playing over the full pitch

Meanwhile their matches will be simultaneously flashed to the stadium screen.

“Fundraising Football 2012″ will take place on Tuesday, May 22nd, and is in aid of the Royal Manchester Children`s Hospital charity.

Its organisers are now inviting potential competitors either to put together a squad of 15 players or to come forward as individuals and be placed in a team.

The mini tournament, which will run on the lines of the European championships, will be followed that evening by a gala dinner at one of the stadium’s hospitality suites.

The corporate event has been devised by dentist Nigel Woolfstein, 47 and Sheldon Bean, 44, who runs a telecommunications business and who both live in north Manchester.

“This really is a unique opportunity for any man who has ever dreamt of what it would be like to be a premiership player and to play on such a prestigious pitch,” explains Nigel. “There are lots of businessmen and professionals who let off steam by playing in their local Sunday five-a-side. This is a chance however to see what it feels like when players do it for real. We`re not carving up the pitch for the matches. Each team will literally get the chance to play their opponents across the full pitch.”

Former players Patrick Viera and Paul Lake will also be helping out on the day, as will some professional coaches.

Each player is being asked to individually raise £450 in sponsorship for the cause. The event should therefore net at least £100 000 for the children`s hospital.

Sheldon and Nigel were inspired to raise money for the charity after becoming one of the entries in the hospital`s  2008 Many Hands campaign – an initiative, supported by the Manchester Evening News, which urged  200 local businesses to raise £1000 each for the cause.The two men organised a 24 hour tennis tournament which raised £18,000 and went on to win the award for most innovative way to fund raise.

Adds Sheldon: “We want to do something bigger and better and we`re sure Fundraising Football 2012 will be a dream ticket for any man who would love a chance to play in the big league – if only for a day.”

For further information about taking part in the event visit: www.fundraisingfootball.co.uk